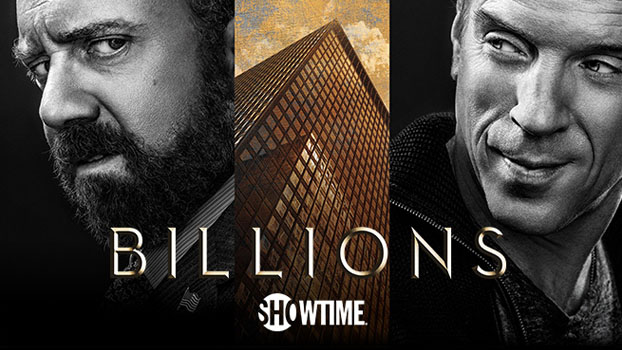 The new SHOWTIME drama series BILLIONS will premiere Sunday, January 17th at 10 PM ET/PT on-air, On Demand and over the internet. Starring Oscar nominee and Emmy and Golden Globe winner Paul Giamatti (John Adams) and Emmy and Golden Globe winner Damian Lewis (Homeland), BILLIONS is a 21st-century examination of the profit and peril of chasing the American dream. BILLIONS is written and executive produced by Brian Koppelman and David Levien (Ocean’s Thirteen, Rounders), and Andrew Ross Sorkin (Too Big To Fail).